“Put on the Lord Jesus Christ” 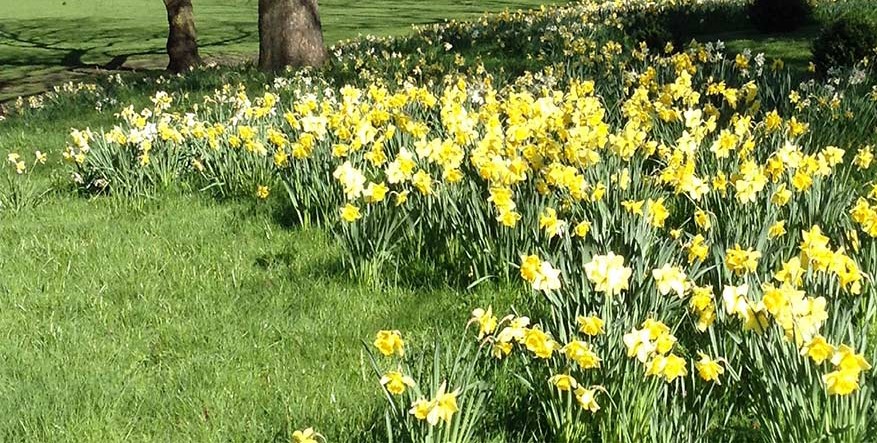 “Jesus, knowing that the Father had given all things into his hands, and that he had come from God and was going to God, got up from the table, took off his outer robe, and tied a towel around himself. Then be poured water into a basin and began to wash the disciples’ feet and to wipe them with the towel that was tied around him.”

Jesus “took off his outer robe.”

What does Christ put off? He puts off his divinity, all that separates him from us, all that indicates disparity of rank or status or privilege. Paul puts it this way:

Though he was in the form of God,
Christ Jesus did not regard equality with God
as something to be exploited,
but emptied himself, taking the form of a slave.

Christ empties himself, he divests himself of the external appearances of divinity, if we can put it that way. He becomes “like one of us,” sharing our life, and sharing our death.

This act of disrobing, of laying aside his vesture, of emptying himself, is the movement of God’s love towards us, the movement of grace and reconciliation. “In this is love, not that we loved God but that God loved us.”

Christ Jesus did not regard equality with God
as something to be exploited,
but emptied himself, taking the form of a slave,
being born in human likeness.
And being found in human form, he humbled himself
and became obedient to the point of death —
even death on a cross.

And here in the Upper Room with his disciples, Jesus acts out the meaning of that self-emptying that will not stop pouring itself out in love until all his been accomplished on the Cross. He lays aside his garments to serve his disciples, to wash their feet, to be their slave — to do what is necessary for them if they are to be included in the cleansing of the world effected by the shedding of his blood.

In this action of the servant-master, the emperor with no clothes, the self-emptied God, Christ sets us an example, John says. As Christ laid aside the garments of divinity and glory to become one with us and serve us, so we are to lay aside whatever garments hold us aloof from our fellow human beings, whatever apparel hems us in and restrains us from becoming servants to one another. To use Paul’s language, we are to put off the old humanity, because its fabric is no longer in fashion, and put on Christ, the new humanity.

Writing to the Church in Rome, Paul says, “Let us lay aside the works of darkness and put on the armour of light; let us live honourably as in the day, not in revelling and drunkenness, not in debauchery and licentiousness, not in quarrelling and jealousy. Instead, put on the Lord Jesus Christ, and make no provision for the flesh, to gratify its desires.”

“Therefore be imitators of God, as beloved children, and live in love, as Christ loved us and gave himself up for us, a fragrant offering and sacrifice to God.”

“For I have set you an example, that you also should do as I have done to you.”

The tunic was seamless, woven in one piece from the top. So they said to one another,
Let us not rend it.”

In 1997 U.S. President Bill Clinton went home to Arkansas to honour the “Little Rock Nine,” the nine black students who first crossed the lines of segregation and entered the “white only” world of the city’s Central High School. In his speech he quoted Dr. Martin Luther King, Junior: “We are woven into a seamless garment of destiny.”

Actually, he misquoted Dr. King. King’s image was “a single garment,” not a seamless one: “Injustice anywhere is a threat to justice everywhere. We are caught in an inescapable network of mutuality, tied in a single garment of destiny. President Clinton may have made a mistake, but I’m glad he did, because by conflating John’s words with Dr. King’s he gave me this sermon.

What Christ was doing at the cross was reuniting the seamless garment of humanity. Paul, speaking of what was for him the most obvious tear in the fabric of humanity, the divide between Jews and Gentiles, writes, “now in Christ Jesus you who were once far off have been brought near by the blood of Christ. For he is our peace; in his flesh he has made both groups into one and has broken down the dividing wall, that is, the hostility between us … that he might create in himself one new humanity in place of the two, thus making peace, and might reconcile both groups to God in one body through the cross, thereby putting that hostility itself to death” (Ephesians 2. 13-16), “nailing it to the cross” (Colossians 2. 14).

On this Good Friday, when we read a story that has stirred hatred of Jews in the hearts of Christians and led to terrible pogroms and eventually death camps; when all but the most recent printings of our prayer book include a prayer for “the Jews … and all who reject and deny thy Son,” accusing them of “ignorance, hardness of heart, and contempt of God’s word” — on this day when the story of Christ was used to divide and separate, we are called to build one world, to fight against what Paul calls the principalities and powers which, he says, God disarmed and made a public example of, triumphing over them in the cross (Colossians 2. 15). Nailed to the cross.

Humanity is a seamless garment. Let us not rend it.

The Church, Christ’s body, is a seamless garment. Amidst all the voices that threaten to tear it apart, let us not rend it. For Christ is not divided.

The seamless garment of God’s creation and love reaches beyond the Church, even beyond humanity. Dr. King hinted at that when to the words, “We are … tied in a single garment of destiny” he added, “All life is interrelated.”

The earth, Gaia, the ecosystem, is a seamless garment. Let us not rend it.

For this Christ whose garment is seamless is “the image of the invisible God, the firstborn of all creation, for in him all things in heaven and on earth were created, things visible and invisible … — all things have been created through him and for him. He himself is before all things, and in him all things hold together.” 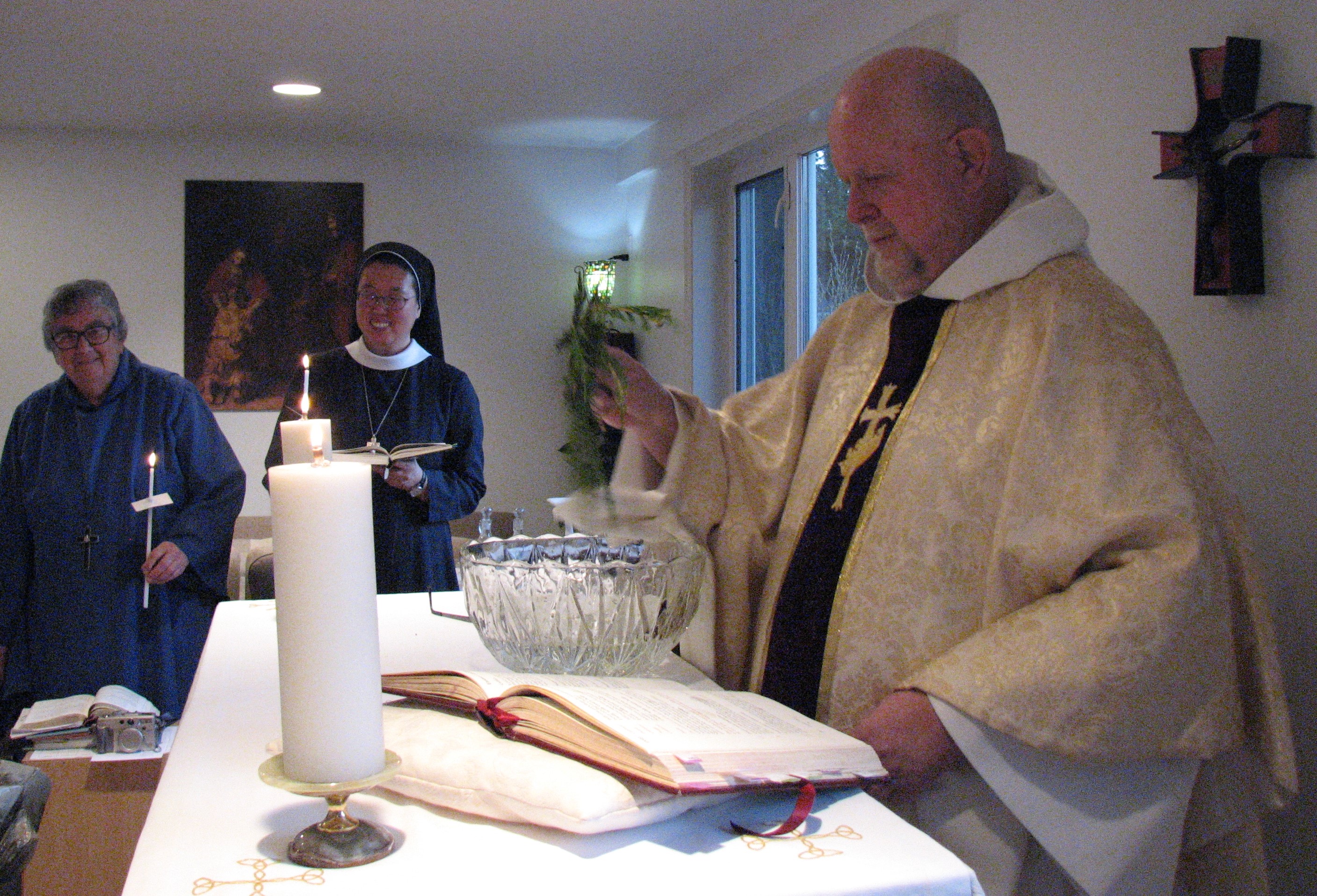 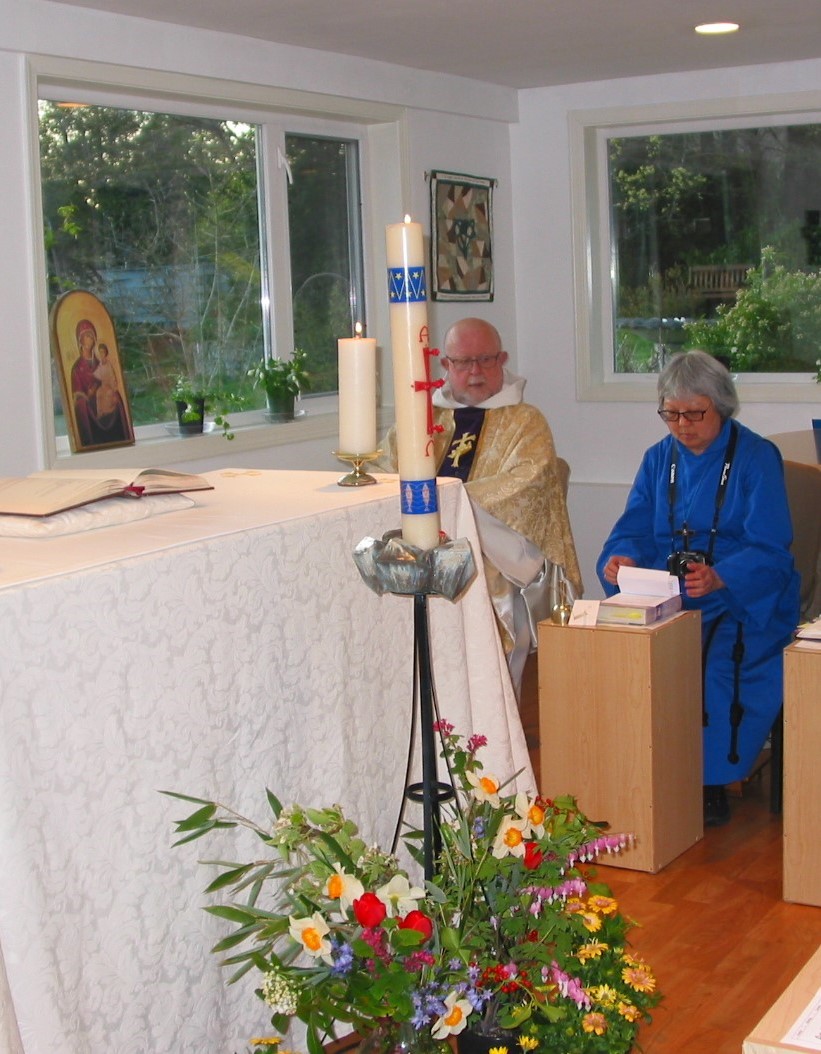 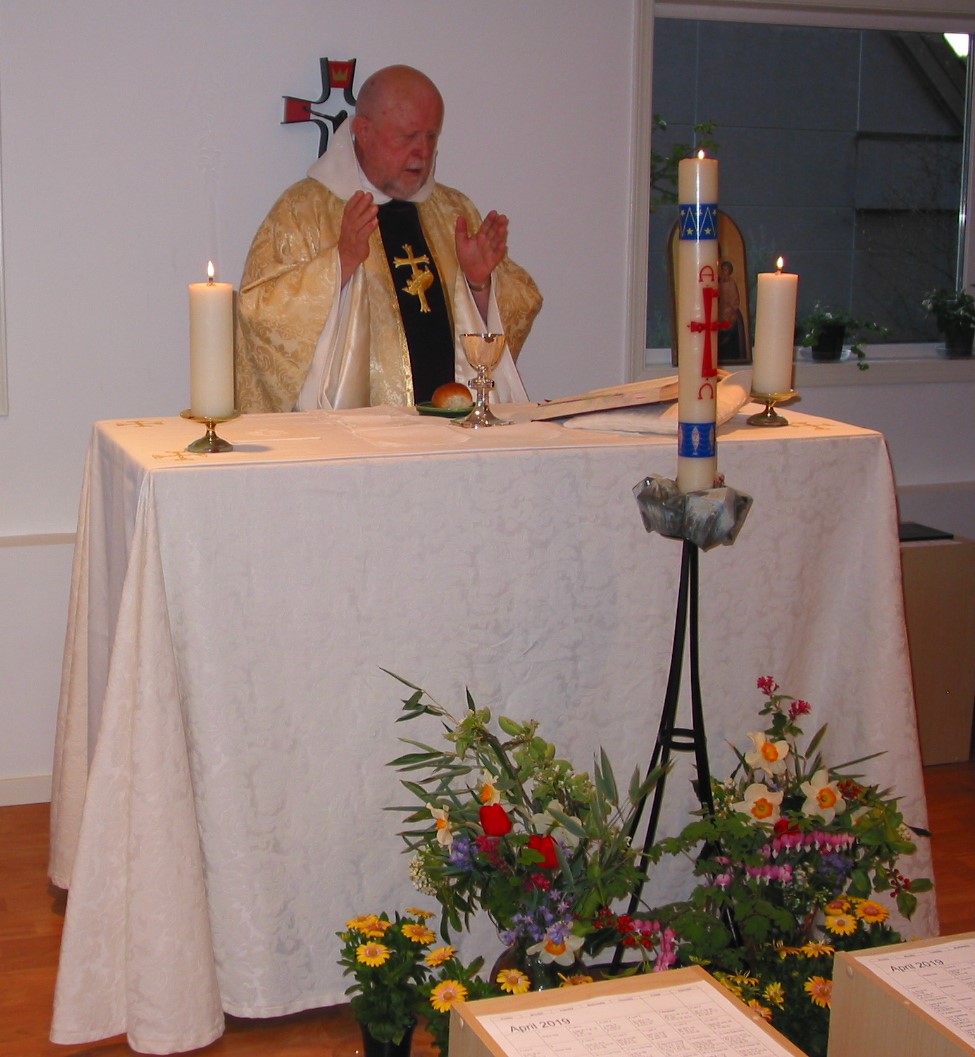 Our theme this Easter is clothing.

On Maundy Thursday we read that, at dinner with his friends, Jesus got up, took off his outer garment, girded himself with a towel, and washed their feet, doing in effect the work of their slave. We saw that the garments Jesus puts off are the signs of his divinity, his lordship; and that his purpose in divesting himself of that raiment of glory was to serve humanity, to ransom us and to save us. And we thought that Christ’s action was an example to us, that we are to put off whatever “raiment” separates us from our fellow human beings or makes us think of ourselves as “special” or better than they are, so that, following Christ’s example, we too will become servants of one another in love.

Today, Easter Day, we turn to ask what St. Paul means when he says we are to “put on the Lord Jesus Christ.” We begin with the end, and words of Paul from a little later in the same chapter of the letter to the Church in Corinth we heard read earlier in this service. There he writes, “this perishable body must but on imperishability, and this mortal body must put on immortality.” For, he says, “we will all be changed, in a moment, in the twinkling of an eye, at the last trumpet. For the trumpet will sound, and the dead will be raised incorruptible, and” — like Superman in his phone booth — “we will be changed.” That is the ultimate putting off of the old and putting on the new, this laying aside of the garment of this body to be clothed in the glorious body of the resurrection.

In the meantime, Paul tells us elsewhere, in this present life we are to be “renewed in the spirit of our minds,” to “strip off the old self, the old humanity, with its practices, and clothe ourselves with the new humanity, the new self, created according to the likeness of God in true righteousness and holiness.” We are to clear all the out-of-date fashions out of our closets, clothing made of “bitterness and wrath and anger and wrangling and slander, together with all malice, lying, abusive language, quarrelling, jealousy,” and all those other well-worn items that feel so comfortable. Instead of that bunch of filthy rags, we are to put on Christ, the seamless robe woven from the threads of kindness, tender-heartedness, forgiveness — “forgiving one another, as God in Christ has forgiven you.”

“As God’s chosen ones, holy and beloved,” Paul says in another place, “clothe yourselves with compassion, kindness, humility, meekness, and patience. Bear with one another, and … forgive each other; just as the Lord has forgiven you, so you also must forgive. Above all, clothe yourselves with love, which binds everything together in perfect harmony. And let the peace of Christ rule in your hearts, to which indeed you were called in the one body.”

The message of Easter is one humanity, one world, one seamless, star-bedecked garment of creation; the call of Easter is to put off the old garments of divisiveness and prejudice, of hatred and name-calling, of race and clan, language and colour, and to live in Christ, to realize, in the words of Dr. Martin Luther King, Junior, that “We are woven into a seamless garment of destiny” together.