A Musical Journey of Descent and Ascent – for the Feast of St. Leo the Great

One of my favourite pieces of music is Smetana’s “The Moldau.” Smetana uses tones to evoke the sounds of one of Bohemia’s great rivers. He said “the composition describes the course of the Moldau, starting from the two small springs, the Cold and Warm Moldau, to the coming together of both streams into a single current. the flow of the Moldau takes us through woods and meadows, through landsca 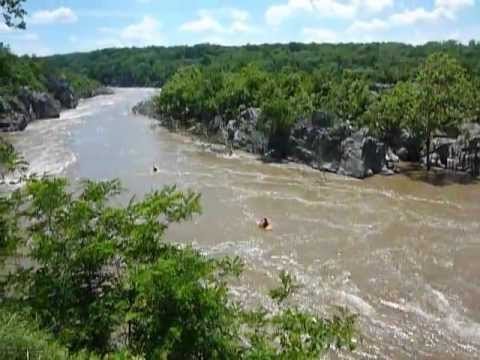 pes where a farmer’s wedding is celebrated, past majestic rocks and proud castles, palaces and ruins. The water swirls into rapids; then it widens and flows toward Prague, past the Vyšehrad, and then majestically vanishes into the distance, ending at a river.” If you were to listen to the music, you would hear in the crescendos and decrescendos each moment Smetana describes – the small rivers joining, the rapids and the majesty and grandeur of the river fading in the distance.  It is structured with highs and lows, rough patches and smooth sailing.

In today’s first reading from Philippians (2.5-11), we hear another beautiful piece of music – not so much in a tune but in the movement of our passage. Susan Eastman says, “Our passage is often referred to as “the Christ Hymn,” because it is believed that Paul is quoting a very early hymn from the worship of the church.”  If we were to re-read the passage, I think we would hear once again the crescendos and decrescendos of its message. “We hear of Christ himself taking the form of a slave, humbling himself even to the point of death by crucifixion and we also learn that if we want to become like Christ, we begin by hearing how Christ became like us, and continues to come among us.” The movement in this dramatic passage is musical, one of descent and ascent…crescendos and decrescendos – of being humbled and being exalted – and moves us from separation to unity, and from difference to likeness.  It is a movement of opposites that draw us in to a journey.

Today we remember Leo the Great. He was an effective pastor and wise teacher who served as the bishop of Rome from the year 440 until his death. Stephen Reynolds, in For All the Saints, says that “Leo’s reputation as a teacher of the faith rests first of all on the sermons he preached at Christmas, in Lent, on Easter Day and on Pentecost. He did not analyze and present formal arguments but instead took a series of contrasting images from Scripture and set them in pairs, in order to suggest the breadth of salvation through the union of opposites.”

Reynolds goes on to say that “He used this same method when he was drawn into a church-wide controversy about the person of Christ. He said: ‘God the Word assumed the form of a servant without the defilement of sin, and enriched what was human without impoverishing what was divine. For the self-emptying by which the Invisible caused himself to be visible, and by which the Creator and Lord of all things willed to be mortal, was a bowing down in compassion, not a failure of power.’ His ability to unite different scriptural images so that the faithful might pray into the mystery of salvation –  combined with his gifts as a true leader in a time of crisis – is the reason he is called Leo “the Great.”

Our passage from Philippians explains the journey of Christ and has a musical movement of emptiness, taking the form of a slave, being born in human likeness, of humbling himself, being obedient to death, and being exalted. It isn’t a surprise to me that this beautiful hymn is our reading on this day that we remember Leo the Great because it holds the opposites that I think he would have highlighted:  of being humbled and being exalted; moving from separation to unity, and from difference to likeness as a way of inviting his listeners to pray into the mystery of salvation.

Like Smetana’s Moldau, Leo the Great and Paul in his letter to the Philippians are so memorable because they share a journey, a journey that we have been invited into – being in the fullness of Christ by sharing in the love of Christ, the Spirit of Christ, the compassion and the sympathy of Christ.  A journey that touches not just the head, but the heart as well.  Thanks be to God for inviting each of us into this musical journey and for the faithfulness of Leo the Great in sharing it.