Frances Drolet Smith preached the following homily for the ending of the Women at a Crossroads program at St. John’s Convent on Sunday, July 23. 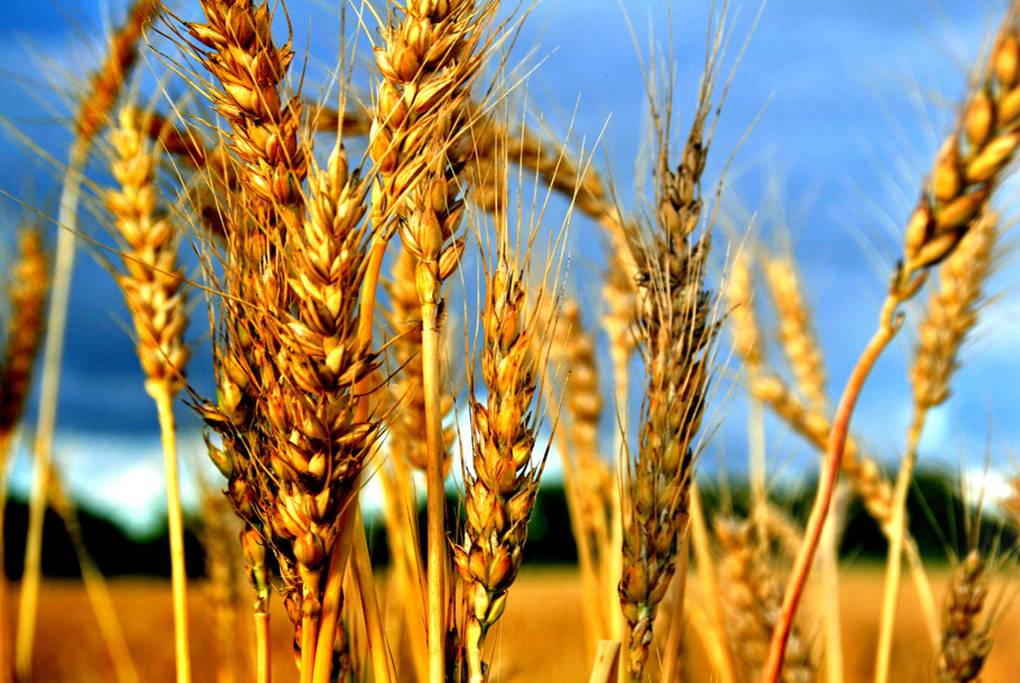 It was the prophet Mark Twain who said, “There are basically two types of people in the world. People who accomplish things and people who claim to have accomplished things — the first group is less crowded.”

Today’s Gospel (Matthew 13:24-30, 36-43) also presents a dichotomy, contrasting two kinds of plants: one deemed a useful grain, the other a loathsome weed.

This story is one in a series of 6 parables Jesus tells in this section of Matthew’s Gospel, in which he’s drawing for his disciples, (and for anyone else who has the interest and the “ears to hear”) an illustration of what the kingdom of heaven, or the kingdom of God, is like.

This story is about those who believe there are two kinds of people in the world: the wheat and the weeds, the good and the bad, the righteous and unrighteous.

We lived for a time in Newfoundland and I am on record as saying to anyone who might have any influence, that I am a wanna-be Newfoundlander. And it is because of the kind of hospitality we received there and the profound, prophetic, down-to-earth, honest pronouncements people would make. I once heard a mother say to her son who was about 8 years old at the time and who was complaining about the unfairness of the world as only an 8 year old can, “Take care of your own self, my son. All in good time, God’ll take care of the rest.” She was not suggesting for a moment that the boy indulge in selfishness, neither was she implying that the boy had no need of God or that God would wreak vengeance on whoever or whatever had upset him. What she was fostering was a self-awareness in her son, a kind of personal reckoning that makes a body conscious of one’s connection to others in the world. As far as that mother was concerned it was not in her son’s purview to declare someone else’s grainy-ness or weediness. Be concerned with your own productivity – with what you are doing to improve life for others – God will do the rest, all in good time.

The puzzling out of our lives is sometimes a hard, even slow, task. That boy is grown up now, and has gone on, along with some friends, to tour the world. They will never make a fortune in what they are doing, but they are making millions of people believe a better world is possible through their music.

Trying to figure out just who we are before God and neighbour and what in fact we’re called to do to “improve life for others” is a full time occupation. So intertwined are our lives that it is impossible to extricate ourselves without impacting others.

And worrying about who’s in and who’s out, who’s good and who’s bad, who’s righteous and who’s not, distracts us from the real work God has called us to, for it impedes us in accomplishing the work of proclaiming – and living the Gospel.

With care and deliberation, a farmer plants good seed in good soil.  He has, in a sense, eliminated the risk of wasting precious seed. And yet he now finds weeds growing freely among the wheat.  I don’t know about your experience with planting a garden, but I know how this farmer feels.  You clear a patch of earth, dig and prepare it carefully, according to the seed packet, planting the seeds the recommended distance apart, and at the required depth, (I have a trowel with measurements on the blade so I can get it right) and despite this clever technology, the weeds still thrive. In fact, they are often the first things to poke their heads above the ground. And even after years of trying, I don’t always know which green shoots are weeds and which are not.

The servants of the farmer in today’s parable have a more discerning eye.  They recognize the weeds. And so their first response is to ask their Master, “Didn’t you sow good seeds?”  Their seeds didn’t come pre-packaged, with specific instructions – and they likely didn’t have (or need) a fancy measuring tool. Their seeds were gleaned from the previous year’s harvest.  And they knew how to carefully sift through them and take out any dried up or shrivelled ones, because if you’re careless with these details, the results could be what we see happening here.

Didn’t you sow good seeds?  “Of course I did”, replies the farmer, concluding that  “An enemy has done this”. “Well then let us rip them out!” But the farmer cautions them not to do so, for in pulling out the weeds they may also damage the roots of the good plants. “Let the wheat and the weeds grow together and we will sort it out later at harvest time.”

Today’s Gospel speaks to me of the wideness of God’s mercy.  We might think we can root out, get rid of the weeds, but in life, weeds are a reality.  In some ways the challenge of growing and competing with the weeds actually strengthens the wheat – as well as the resolve of the farmer! Vocation is not a coat you put on, but rather something you “grow into”.  Sometimes it feels like the wrong fit.   Sometimes you may feel out of your depth or in over your head or like the soil you’re in is a little rocky or needing nutrients.  Finding your vocation is in part to keep your eyes on the possibility and potential; all in good time, all in God’s time.

Today’s Collect bears repeating: “O God, patient and forbearing, strengthen our spirit when we are slow, and temper our zeal when we are rash, so that in your own good time you may produce in us a rich harvest from the seed you have sown and tended; through Jesus Christ, the promise of a new creation. Amen.”