Be Still and Know 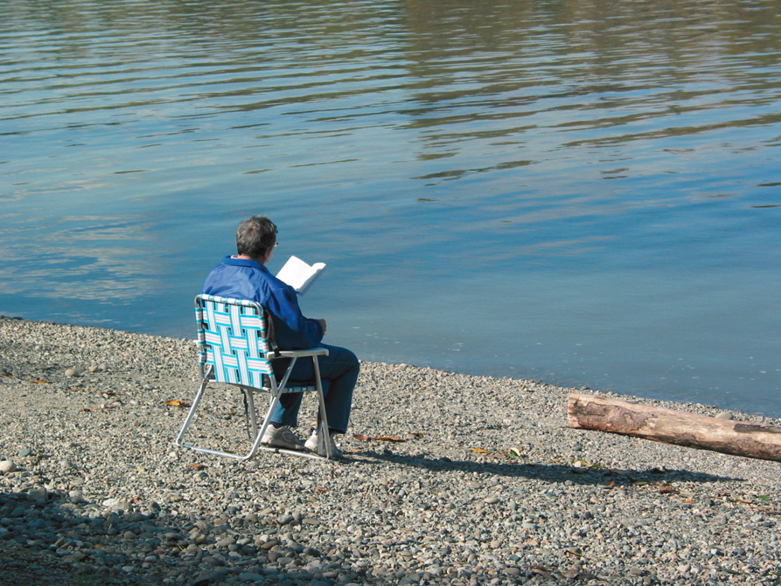 During my time living with the Sisters, I was preparing an opening devotional for a meeting of Baptist deacons, and I thought of Psalm 46, verse 10: “Be still and know that I am God.” We are all busy people who have full lives with many concerns and responsibilities which often compete for priority in the throes of life.  Even more, I felt this verse was fast becoming one of the key themes for my own year living alongside the Sisters.  I have always been one who tends to be involved in just a few too many activities and responsibilities.  And though I had naively thought that committing to participate in the monastic lifestyle would push me to slow down and naturally pace myself, I was instead finding that I was still feeling continually pressed for time and finding myself exhausted at the end of each day.

In my devotional for my fellow deacons, I focused on some insights that I had gained through the wisdom shared by Father Han in one of his retreat talks for the sisters at the beginning of the month.  He was stressing to the sisters how important, even more than ever, was their call to model and promote a life of quiet contemplation and reflective silence in a culture that was ever-increasingly “noisy” and frantic.

He focused specifically on this verse about “being still”, noting that the Hebrew word used for “be still” was not so much implying just being audibly quiet, but was literally translated “relax your arms.”   This phrase exhorts the hearer to “relax and let go” – let go of the worldly worries, of concerns and burdens, of responsibilities.  These are all things that distract us from focusing on God alone.  It is only when we relax and let go of these things that we can know that God is the one in control, and is indeed God.

And further, Father Han emphasized that the verb used for “knowing” God is the same verb that was used when Adam “knew” Eve as his wife.  There is a deep emotional intimacy implied in the word, going far beyond a simple intellectual and academic “knowing” God as God.

And so as I presented this devotional, the image came to me of a spouse reduced to frustrated tears and despair as he/she clings to the burdens and responsibilities that have become seemingly insurmountable.  Then as the other adoring spouse takes his/her hands and holds them still, she/he looks him/her in the eyes, and just says softly, adoringly and intimately, “Stop – look at me.  I am here with you, and I promise it will all be okay.  I love you, and that is all that matters.”

And with that image I sensed that whether in the midst of mountains falling into the sea, waters roaring, or nations crumbling (Ps. 46:2,3,6) … or in the midst family woes, work issues, or crumbling relationships, God was saying to us that evening, “Stop and look at me.  I am here with you, and I promise it will all be okay.  I love you, and that is all that matters.”  What an intimate assurance of God’s presence and embrace to each one of us.

Fast forward to the next morning … as I entered the chapel for the first service of the morning, I saw that it was the weekly Contemplative Prayer service — instead of the usual service of a multitude of readings, responses and songs, the service would consist of only one short opening prayer, followed by thirty minutes of contemplative (silent!) prayer, with one final spoken blessing to end the service.  Ahhh … that in itself was a wafting of fresh air for me, as I have not yet come to a comfortable point of fully “resting” into true worship during the usual services here.

And then the opening prayer (taken from the Book of Common Prayer) was said:

O God of peace, who taught us that in returning and rest we shall be saved; In quietness and confidence shall be our strength; By the might of Your Spirit, lift us, we pray to your presence Where we may be still and know that you are God …

At that point I looked up at God and chuckled.  Then I am sure he winked back, as he asked me if I’d got the message yet?!  And so thanks to my reflection on this nugget of scripture the evening before, the thirty minutes of peaceful silence that followed became such a special and intimate time of abiding with God as my divine Lover, as I rested fully in His arms of grace and embrace, knowing He is God. What a special gift in the midst of the ongoing turmoil and anxiety of life!

Susan Murphy, a proud Baptist, has been an “Alongsider” with the Anglican Sisterhood of St. John the Divine and loved it. She holds an MDiv. degree from Tyndale Seminary in Toronto, works for Camp Kwasind in the Muscoka Lakes area of Ontario, and volulnteers for the Sisterhood.